You’ve probably seen it around - about 4’8", squirrelly lookin’ dude, mumbles a lot…

Gentle reminder crew, this ends in about 36 hours. Get 'er done.

done the most progress Ive had so far last night. hopefully should be done by deadline.

For real there’s always a sinking moment when you hear the other entries and you’re like aw jeez, how’d they do that…

But it’s all above love of process. Fuck comparison, just don’t ever stop refining yo shit.

im really liking the mixdown on this one so far

Last day chaps, @Tolsof and anyone else going down to the wire. Even if it’s just like 32 bars and a Swedish guy mumbling “45 uhhhhhhhh… Millimeters” - get it in.

Have a bit of a hectic morning tomorrow but will get them and the voting poll up tomorrow ASAP.

We shouldn’t need to do rounds unless like 5 more submissions come in (which wouldn’t be a bad thing - we’re at 7 total rn) so voting should be straightforward… Everybody PLEASE listen to all the fuckin’ tracks all the way through before voting, m’kay? Pretty please with goblindust on top. Thank You.

As mentioned my morning is cockeyed (taking son to Doctor, has a cold or sth, plus weather is shit so travel taking ffe) and trying to work remote too.

Tracks will be up today tho. Think we’re looking at 8 tunes iirc, a nice number. Big up yo’self to all contestants.

PS: given my lag if anyone else has a half-done track I might be persuaded to allow it in if it arrives in the next couple hours…

Argh. First off sorry for the hassles.

So: it has come to my attention (via my own mixdown render) that Audacity not being able to use ASIO can cause serious problems with quality.

Half of ya didn’t follow the rule about sending me a 320 (cough) and sent me .wav files instead, which normally I wouldn’t trip on and just do it for you, but I’m concerned about the resulting quality coming out of my Audacity conversions because of this bullshit (fuck you Steinberg.)

At least I know part of the reason why my mixdowns didn’t translate now though lol.

its all about how you set up the codec (i think)
i noticed loss of quality between @Scroll_Lock 's wavs and mp3s but aside from that all conversions from losless to mp3 sounded fine to me, be it via iTunes, Lame, Audacity, random utilities etc.

This is fully fucking weird and I’m not sure if it has to do w some “audio enhancements” somewhere I haven’t turned off yet, driver discrepancies, or something else but my Audacity output sounds awful - no bass, harsh boosts. Tried recording throughout, different render combos - all trash.

Going through this thread for to see if this is only affecting Reaper > Audacity renders rn but in the meantime think it’s safer to ask ppl to render their own 320 lest I post up something that makes everyone freak out lol.

EDIT: should also mention this is the first time I’ve attempted PC-based production in like five years, first time on this laptop. Feel foolish.

EDIT2: can also just UL yours and drop mine from the roster. Won’t take it personally if that’s the consensus.

Been trying different combinations of settings and audio drivers, still no luck except for modest improvements - also at work today so can’t get much done atm, but heading to my parent’s place for an overnight so will have time.

If I don’t get it figured out by tonight I’ll upload the files sent (thanks to those of you that replied w 320s) regardless.

Sorry for the delay guys. Next time maybe somebody competent should run this lol.

this is why you need Ableton guise 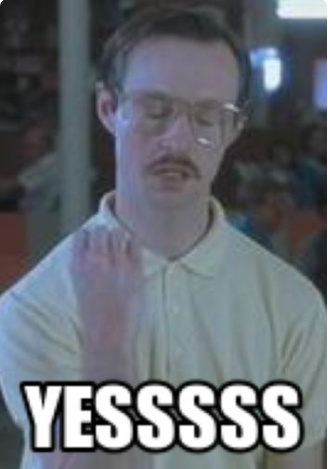 Figured it out… or rather, figured out something. Render doesn’t sound nearly as assy as it did before. Definitely something to do with Audacity’s use of stock audio drivers. Bypassed it entirely, but that sucks because audio editing…

Will have em all up tonight dutes. Thx for your patience.

SC is being a little bitch and making it harder than it used to to set up a new acct.

@mks has graciously agreed to my request to host ‘em. We’ll figure it out tomorrow.

EDIT: got the tracks set up, just a couple details and…