The Genre That Never Was

I’m specifically making this post with the hope that someone can help me find an internet “white whale” of mine, and hopefully, it leads to a fun discussion too. Thank you in advance!

Here is my question (with a lot of exposition to help orient it in time):

Somewhere out there is an article written by either N-type, Distance, or Pinch. It came about after the dubstep wave had fully broken against the coastline of the states, and foundational producers were starting to take a breather and explore genres that had less press at the time. I saw UK producers begin experimenting with footwork/juke, minimal, funky, etc.

During this same time, young amateur producers, deeply struck by the impact of electronic music that swept through internet platforms a few years earlier, flooded Soundcloud with a ton of music that didn’t fit the standard time signatures, structural formatting, or bpm of dance music that DJs in the scene had been accustom to encountering. We take it as a fact of life now, but this was a rather new phenomena at the time; Soundcloud wasn’t that old or popular of a site, and it was being absolutely inundated.

The author (one of those 3 above) was receiving these tracks in their inbox in ever-greater frequency, and actually had an admiration/interest in the new crop of non-traditional tracks. He wrote about the phenomenon, and even gave this new music a name – a name that didn’t stick, thus titling a genre that never really was. He even made a mix to showcase some tracks and illustrate his designation.

Can anyone help me find this article??

It’s online somewhere, and I just can’t track it down.

While we’re at it, what other genres just never were?

I think chef was on about some new sound once, but I might be imagining that. There’s also plastician with “wave” not either of them by any chance?

what other genres just never were?

“Voodoo is a musical tropical rain-forest populated by exotic tribes who like to dance the night away and have fun.”
Raiden, 2011.

Voodoo Music was initially set up as a vehicle for warm tropical music after an inspirational South American tour where Raiden spent a month with OrtoKore in Caracas, Venezuela where he introduced Raiden to the vast world of Latin music.

Soon after returning Raiden met Morphy and were totally on the same page, became good friends and Voodoo became an extension of both of them.

There were a shit-ton of virtual genres in the early part of last decade. ‘molly grit’, ‘zouk bass’ etc.

That’s the one haha

I need to see this lol

It may have been Plastician, now that I think about it! Definitely a heavy hitter of that sort. And the “wave” tag seems familiar.

I’ll look into that!

Interesting! I thought it was going to sound like the stuff that Mala released after he went down to Cuba, but it’s actually pretty distinct from that.

I haven’t looked much into it, but I’m pretty sure he started releasing some on his label. Klasey Jones is one guy he signed who has a pretty solid output

Plastician has been all over Twitter past few days talking about his wave genre. He has a festival dedicated to it as well.

This is fascinating in a way I didn’t expect.

Plastician has been all over Twitter past few days talking about his wave genre. He has a festival dedicated to it as well.

I haven’t looked much into it, but I’m pretty sure he started releasing some on his label. Klasey Jones is one guy he signed who has a pretty solid output

I’ve admittedly been out of the loop in my following of Plastician, but I strongly suspect that I’ve been looking for his initial proclamation that “wave” is a genre/designation. I kept looking down 3 incorrect avenues instead.
That said, I was totally unaware that plastician continued to champion this “wave” tag.

I’ll sift through some articles where he may try to define it. If you guys find any early ones in the mean time, feel free to link them.

Thank you so much for bringing this to my attention!

@Hibbie lol… we need a full list of producers who left DSF after shitchat got too much for them to handle. I know the Etch vs Bennyfroobs beef caused both to leave but that’s all I know off the top of my head.

@CreamLord
https://community.dsf.ninja/t/riddim-wave-etc-shitty-trendy-genres-to-talk-about/10077/193?u=yung_dave
BTW I was chatting so much shit about wave back in 2017. I still don’t rate the genre/scene. Looking back, I was salty mostly cause the scene / official discord server for the wavepool subreddit had a lot of immature dickheads (including some heads of the scene) and I felt like most wave tracks were just second-hand soundcloud trap with old tropes that everyone were claiming were groundbreaklingly new. No offense to Plastician although we had some facebook beef back in 2017 lol. 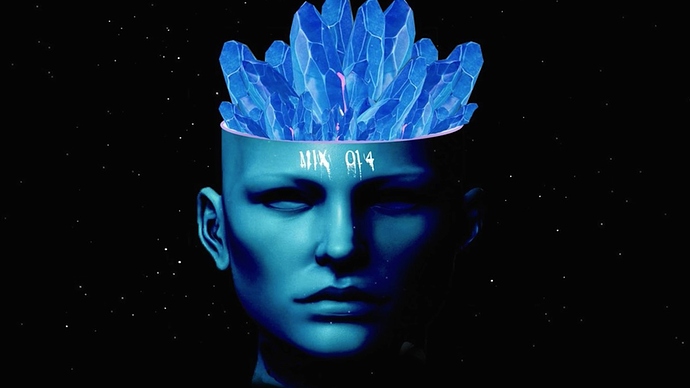 Wave Music Is a Marketing Tactic, Not a Microgenre

Like lo-fi house, it’s just an algorithm-friendly sound, packaged as a movement.

This is great!
This article has a lot of content and answers a lot of questions.
One of the biggest being a timestamp.

Blockquote
“The genre seems to have acquired its name sometime around 2013, when the collective Wavemob dropped a spacey instrumental hip-hop release by its founder, Klimeks.”
Blockquote

I think the term was tossed around earlier than that by plastician, and that this may have been kind of bench mark.

Nice to hear a reference to seapunk again

Funny thing about that article is that the entire “Wave community” didn’t take kindly to it at all… it caused a lot of outrage on twitter and their discord server. That’s sorta when I knew the whole scene was kinda full of shit lol, never seen a scene take valid criticism so badly. 2017 made me so disillusioned with music. MO Ezra’s article still holds a lot of validity and relevance on wave and what it really is but he doesn’t bash the music as bad. Also, part of the article was a response to a not-so-well written article about wave in Mixmag.

I remember Plastician was playing a lot of colorful synth-y hip hop stuff back in 2012/2013 already but it was more in tune to stuff like Donky Pitch / the “beats scene”. I first heard about wave in 2015 on the press release for Noah B’s Night’s Edge EP on Terrorrhythm:

Having been a key part of this sound’s emergence through his support for it on Rinse FM, Plastician felt that it was time to begin presenting it through his Terrorhythm imprint. Still without a real name or true identity as a genre of it’s own, it’s being referred to by many simply as “Wave” whilst it finds it’s feet.

and my initial first thought was “uh, what? that’s kinda iffy”. To me, they were appropriating soundcloud trap and labelling it as something new. It felt super forced and a lot of people felt iffy about it as well.

https://community.dsf.ninja/t/riddim-wave-etc-shitty-trendy-genres-to-talk-about/10077/196?u=yung_dave
^^^^ all my opinions on this thread still stand and mention certain beefs. (posts past October 2017). There’s screencaps of an FB thread about wave getting roasted and I was lucky enough for Plastician to send me a very, very long rant.

Wow, I almost read that entire thread.
Great content and you make a well fleshed out point.

I’ve been so out of the loop that I was totally unaware of this push by Plastician and others. I had a, clearly false, conception of that it was uttered but no one proceeded to build onto it and it was genre that never was. Instead, it’s more like a genre that continues not to be.

I agree with your assertion that genre building has been hyper-accelerated in the past few years while remaining regressive in sonic qualities and (unacknowledged) influences.

It all feels post-historical – each “new” thing seems to have happened before.

Yeah like it’s not shameful that “wave” takes so much from emo trap & cloud rap, vapourwave, synthwave etc. All music builds on the preexisting creations that came before. Just feels weird talking about it like it’s this new groundbreaking thing. Listened to some wave playlist Plastician had on SC and skipped through maybe three tracks and was like, ok I get it, its synthy trap. I feel like theres use for subgenre terminology once a scene has been solidified to describe it retroactively, but to reiterate something that’s been said 30 times in this thread already it seems weird to push it before it’s actually organically precipitated into a scene that can sustain itself. Idk