As long as there are 12-year-old kids turning on their mum’s PC with a cracked version of FruityLoops making their own DIY sound, there’s brostep

makes me want to produce more

Why do people hate on teens with cracked software who live with their parents?

I don’t think they are

Didn’t Skream make his early tunes on a crappy PC with a cracked copy of FL?

The tools are irrelevant, at the end of the day. It’s what you do with them that counts.

interesting, kill all kids you say?

Whenever I see posts like this I keep thinking of this comic. 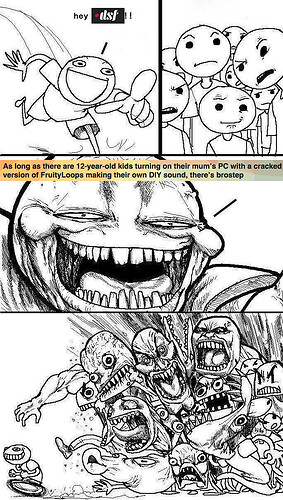 it was skepta who said it


...And here I always thought they were Fraunch.

I have a cracked version… I can’t afford that shit. If I ever start making something off of my music I’ll buy it for real tho.