On iTunes, it has the single listed twice. Both have exactly the same track listing, song length and release date. The only thing different is the price! Which one is worth buying? Is the more expensive one higher quality or something??? 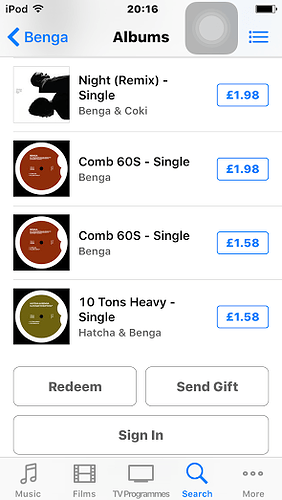 they’d most likely be exactly the same.

anyway, i’d buy off the planet mu site - you get 320 mp3s instead of 256kbps and the money goes directly to the label

also, great tunes, gonna give that plate a spin tonight

Awesome! Do the tracks import to iTunes easily?

Oh and one more thing… Should I get the MP3 or wav?

depends on what you want really, for normal listening 320s are fine, if you’re DJing, i’d go for wavs

Just in case anybody thinks he made nothing worthwhile after 2006:
yeah it’s with Walsh but hey, not bad for a guy going thru hard times
and basslines running through his body.
I love the intro & field recording breaks
as well as the sludgey sub & vocoder