been using a pair of Sennheiser 202’s for about 10 years now - actually on my third pair - and looking to change it up a little.

I like their freq. response and detail for the price: am not crazy about the build quality and fit though.

Any recommendations for a relatively sturdy pair (i.e. travels well in a backpack) under $50 US? Mostly for production monitoring and commute Soundcloud listening.

you may struggle on that budget. https://www.bax-shop.co.uk/studio-headphones/sennheiser-hd-280-pro-studio-and-dj-headphones?gclid=CMe6w9Lh_8oCFUs6GwodQ8MGOw get these, mega bargain and built like rocks

Hunnit ay? Hmmm. My kids can skip dinner for a week or two.

But I do like Sennheiser overall. Will read up.

@Black_Cockatoo - funny, wouldn’t have thought of Sonys these days but saw some decent reviews on a few cheapies (MDR series).

EDIT: Anyone know anything about these? 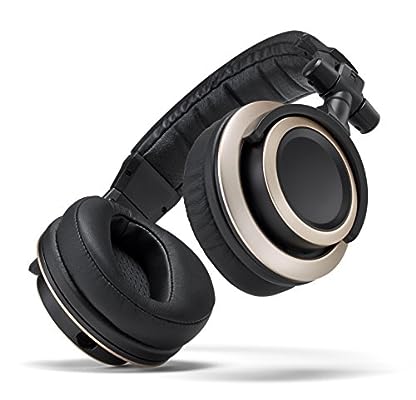 its a false economy otherwise

save your $ for now and just get the senny hd25II’s. Well worth the price tag. Super durable, small, sound amazing, they even manage to block most of the horrible screeching noises that Bart makes in the tube. Plus they modular, so if anything breaks you dont need to cop a full new pair of cans.

These should fit your price budget:

In all seriousness though, Shure has you sorted, even for that budget:

http://www.shure.com/americas/search?category_1=Headphones&sort=salepriceasc < Headphones from lowest to highest price, there’s four around the $50 mark.

funny, wouldn’t have thought of Sonys these days but saw some decent reviews on a few cheapies (MDR series).

I was just coming here to suggest the Sennheiser HD 202’s but it sounds like you have been down that road. I just got them and I am liking them so far. Cheap pair of headphones that I can just throw in my bag.

Yeah, sound wise they’re outstanding. It’s just that being shoved in a backpack every day seems to wear out the connect points after a couple years or so. Be gentle with em, they’ll probably last you longer than mine.

Thanks for all the suggestions too fam.

i have some 16$ sony headphones i use…theyre not bass boosted like most headphones and they sound good but they leave impressions in my mini afro and if i wear them for weeks on end i develop bald spots.

Don’t like how Apple headphones don’t stay in my ears.

also ear buds are fucking horrible for your ears/hearing

For the price, those Sennheiser 202 probably could. They really do sound good for a cheap pair of headphones.

Though, tbh I have never heard those Behringer HPS3000 and it looks like those fold, so maybe they got it right on some headphones.

funny, wouldn’t have thought of Sonys these days but saw some decent reviews on a few cheapies (MDR series)

My friend gifted me with some ear cushion replacements which were needed and I like those better than the originals.

like iems and stuff? I use a pair of iems for the bus and shit most of the time.