Free prefferably. I’m super into that Dilla sound and shit like Flying lotus, and I’ve scoured the internet for vague snippets of info regarding the theory behind it. But it’s always a little bit here, a little bit there, I want an advanced jazz theory book or course that gets me from point A to point B. Or at least on my way. I’ve been playing guitar for a few years and I’m familiar with 7th chords and extensions and dominant chords, 2-5-1’s and 1-4-5’s and all that good stuff. But I want to take my theory to the next level, any reccomendations?

Free jazz won’t really help with theory. If you’re interested in taking your theory to the next level you should listen to Miles Davis’ Second Quintet, with Herbie Hancock and Wayne Shorter among others. Theorywise that should keep you busy for a while.

Edit: sorry you said free at the beginning I thought you were referring to free jazz but you meant like free as in cost. My bad.

Guess I should have been more specific, I assumed saying Dilla and Flying Lotus would have been enough to describe the sound, but I’m talking about neo-soul I guess? I have a problem building tension in my progressions, and I here lots of these out of key chords being played in neo-soul and that’s the sound I’m after.

Oh ok, I’m not as knowledgeable about neosoul but I have a good knowledge of jazz. It sounds like what you’re looking for is certain chord substitutions, which is what often gives soul and RnB a “jazzy” sound. Do you have any specific audio examples of the kind of sound you’re trying to appropriate?

everything in this mix

I guess I have to ask, do you want to play jazz or sample jazz?

Sorry I couldn’t get to this until later.

For one thing, the chords to Tea Leaf Dancers is a sample, sounds like a Rhodes, sampled and re-pitched. http://www.whosampled.com/sample/109805/Flying-Lotus-Andreya-Triana-Tea-Leaf-Dancers-The-Free-Design-Light-My-Fire/

Secondly, that chord he sampled is really just a minor7 chord (at least it sounds like it, I might be wrong), and since he plays it at different pitches, it’s not really following any specific bass progression afaik, so it doesn’t really require any knowledge of jazz theory.

I would say if you’re trying to sound more like Dilla or FlyLo, instead of focusing on jazz theory, focus on finding good records that match the sound you’re trying to go for and sample them. Go vinyl digging, and for the stuff you want to do your best bet is probably anything from the 60s and 70s.

I’ve been playing guitar for a few years and I’m familiar with 7th chords and extensions and dominant chords, 2-5-1’s and 1-4-5’s and all that good stuff. But I want to take my theory to the next level, any reccomendations?

If you are familiar with this stuff then you are well on your way. Because you would know that the 2 chord to the 5 chord is a secondary dominant chord. It’s the fifth to a fifth once you raise your third as a leading tone. 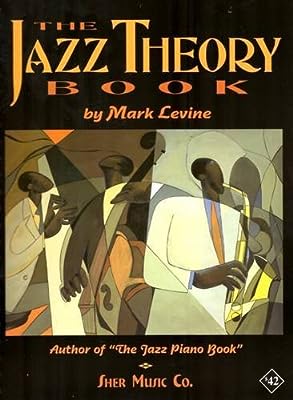 Endorsed by Jamey Aebersold, James Moody, Dave Liebman, and others, The Jazz Theory Book presents all the information any student of jazz needs in an easy-to-understand, yet thorough, manner. For inte ...

Actually need to pick up this book myself, the reviews are good.

I do sample jazz, but I would to learn how to play it better. And make my own samples. And mks what do you mean a fifth to a fifth? Idk what a secondary dominant is, I just know that the 5 is a dominant. If your speaking intervals, isn’t the root of the 5 a fourth from the 2?

Because you would know that the 2 chord to the 5 chord is a secondary dominant chord. It’s the fifth to a fifth once you raise your third as a leading tone.

And mks what do you mean a fifth to a fifth? Idk what a secondary dominant is, I just know that the 5 is a dominant. If your speaking intervals, isn’t the root of the 5 a fourth from the 2?

@zosomagik a secondary dominant is a dominant that is not within the key but functions to return to the root key. It’s like this:

Now instead of having a 2minor we can substitute that for a dominant chord.
Here’s the 2-5-1 with a secondary dominant:

II7 is alternatively written:
V7/V (or five-seven-of-five so it’s the fifth if the fifth was the root)

Does that make sense? I haven’t done that since high school, but I forgot how helpful it is for more complex theory than just simple 2-5-1s.

Giant Steps 2-5s are also great, but those are really advanced.

Yeah, I get what you’re saying. V7/V because the ii is a 5th from the V so V7/V = Dominant V of the V of the I (twilight zone shit happening here) see this is the shit I want to learn to take my keyboard and guitar skills to the next level. I’ve read so many basic theory books about harmonizing the major scale and the circle of fifths and basic inversions and stuff, but I want to find some resources that are the “next step” after basic theory. I wish I had the money to take some lessons.

This article has some helpful information: https://en.wikipedia.org/wiki/Turnaround_(music) probably some stuff you know, but a lot of the info here is from Bill Boyd’s Jazz Chord Progressions book, which maybe is something you should check out.

Also Jerry Coker’s Patterns for Jazz, he has different ones for different instruments (I didn’t mention it sooner because I completely forgot about those books lol)

Reading that at work. I’ll have to have a fiddle around with some of these turnarounds. Big ups man, I think I’m gonna work on some turn around stuff and inversions and substitutions. Got anything good on those?

No problem, if you make tracks with it I would love to hear!

Drop by the tuna every week for my latest and greatest. Next week will be very jazzy for sure.

For people who may find this thread in the future, this was a good explanation and set of examples of secondary dominants. 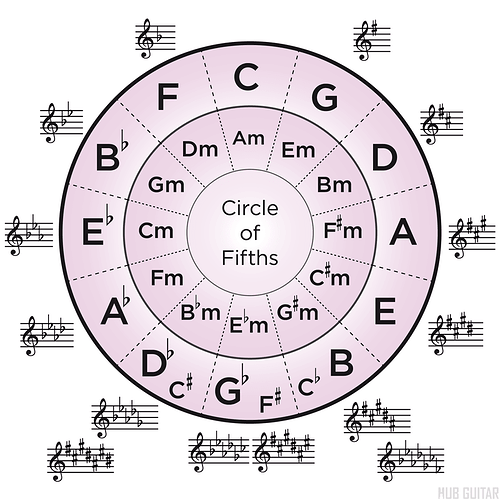 Yeah, I know the circle of fifths very well. I was taught in high school to quickly determine a I-IV-V the IV and V are whatever is to the left and right of the tonic on the circle of fifths. I was such a scrub then. Been playing around with the secondary dominant stuff. I really like going I-V/vi-vi-V/IV-IV-V I believe im notating that correctly.