Yo, wondering if someone with some music theory knowledge can help me.

Currently the only scale I can really play/solo in is as follows: C, D♯, F, F♯, G, A♯ etc, This fits quite nicely with the chord as follows- Left hand; D♯, C, D♯. Right hand; G, A♯, D, D♯, G. I really like that chord + using that scale with it when making tunes/playing my keyboard however I find I’m frequenting it too much when writing leads for tracks or just jamming. Basically I’m wondering if any of you can suggest a similar jazz/blues chord (6 notes plus preferably) that also has a nice scale that fits in/can be played along with it… hope this makes sense, and any help appriciated.

Lol I don’t know what that means, looks like I need to stop being lazy and do some research/watch some YouTube videos on it

That is really just a Cm7 scale with passing tone with the F#. In that scale you would actually call the D# an E flat and that A# a B flat. The E flat would be the minor 3rd and the B flat would be a dominant 7th. You could add the D in there to make it a Cm9 chord. I love 9th chords.

I can play a few chords/progressions

I’ve tried to explain music theory on here several times over the years and it just goes over most people’s heads except for a handful of people who have studied it.

You just need to sit down and study it. You have a Rhodes, you should pick up this book: 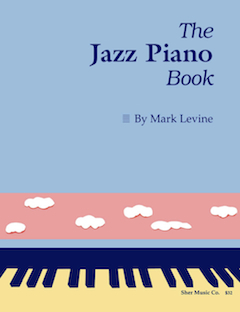 Thanks for your advice. Yeah your deffo right about needing to sit down and actually spend some time getting into it.

If you want to be a musician, you have to shed.

That is an interesting question actually.

Being a producer and being a musician are two different things imo.

I don’t even consider myself a producer lol

I really wish there was music theory for percussion. So many interesting things about percussion that you can only learn by doing

Yeah I see what your saying, not sure what I’d call myself, producing is v fun and i want to learn more theoretical stuff as I go. @Tolsof, yeah percussion is mint, I often slack on it with tunes and that needs to change

Yeah I normally get stuck with something that I want the percussion to be even tho it’s not necessarily right. Although the majority of my songs are mostly percussion

When I have a RL job and a flat I’m getting a piano I recon. Then I will learn for real

Go to actually take lessons with a teacher in person.
For me that was the only way to step up my game when I played difficult pieces for guitar (classical).
Somebody trained to teach the good technique, finger positioning etc will definitely pay off imo.

Ofcource it depends on what your goals are in music, playing full pieces is different than hitting chords to later quantize in a DAW anyway.

Piano tho. U just press the keys and notes come out

With percussion, just play. Get yourself some hand drums and various percussion instruments and just play a rhythm.