Anyone know where to get any old grime acapellas? Anything ill…

Know theres that other forum post, they got one or two like the griminal one, also got the wiley pack, but anything else appreciated!

I had some on my old lappie, for example Duppy & Leave. If I remember correctly, I got them from an old thread on Grimeforum. However, If you go to Grimeforum now, you’ll see a bunch of threads with people asking for 'pellas but there aren’t any to go around.

I’m sure there’s someone on this forum who has em. I can also look if I can retrieve the files from my old HD and maybe even upload them!

EDIT: Found my old laptop but the touchpad is broken and I don’t have a mouse on me currently. I’ll get one somewhere soon! 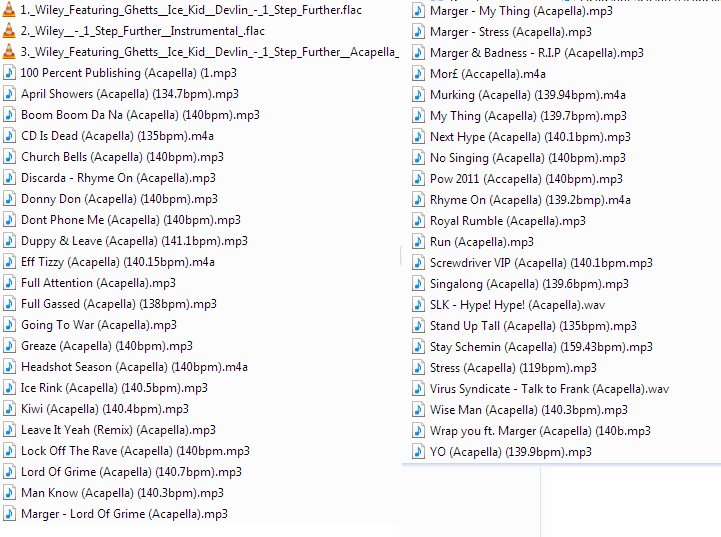 Any body got any new grime acapellas?

Any chance you can send them all to my gmail lol

Yeah no worries, will upload over the weekend and post a link

I want some too

ok here we go its about half a gig: http://www.mediafire.com/download/5r9gcw8wv975h9r/Grime_Acapellas.rar

anyone done anything with any? hard to find a decent vocal thats not already been rinsed.

nothing major but thanks again

compared what @lucifa_sound uploaded with what I had, most of them are the same but I had a few extra bits, so I’ve merged the lot of them and re-upped it here:

Also, @BudSpencerton, those are some pretty interesting productions, imo. Nice one.