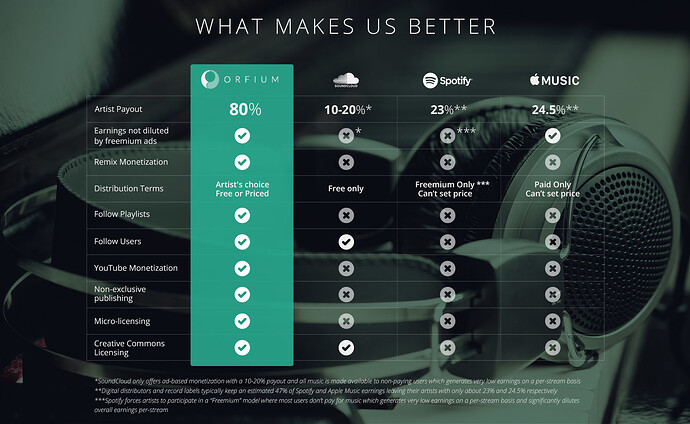 Over the last few weeks I’ve talked a lot about the issues I’m having with SoundCloud and I think it’s only fair to say that I’m not the only one too. Add to that the current rumours around a possi…

Been checking the site out, pretty interesting tbh. Lots of potential.

The catalog is… eh. But I think if we got some of the talented producers from here to post up some tracks…

The DnB selections are better than the dubstep ones right now.

For the Mods: possible to add their embedded players? They’re iframes currently…

‘member when music sharing/streaming sites’ selling point was the community instead of how many cents they’ll pay you to monetize your shit?

I agree: however, SC killing groups and antagonizing creators does not foster community either. And shit like the Apple model which says artists are less important than the platform itself - ugh.

The key here - and I dunno how much you lot have actually peeped about Orfium yet - is that it’s fundamentally a social platform first - they appear to be making a strong commitment to the community aspect above and beyond a simple universal audio dump.

So disappointed somebody changed their profile pic to this before me.

Best 3 min u spent in layers in a bit imo.

I should of copyrighted that joker close up image. Ronzlo going to make me rich in royalties.

And a new meme is born… 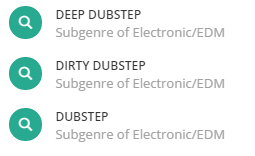 Now granted, not as bad as that shit someone posted up recently (like the 20 styles of dubstep OSS and it listed techstep as a dubstep subgenre

…But they need help.

Probably Cascada or something, no idea really.

Nah I think it’s a bunch of emofagz who finally realized their shitty Joy-Division-with-disco-drums sound was played out a decade ago so they begrudgingly traded in the beautiful $3000 bass they couldn’t play well for a $3000 DAW setup with which they wind up making 3-track 4/4 with them moaning lyrics about their lives over it all.

One listen in 2 weeks…