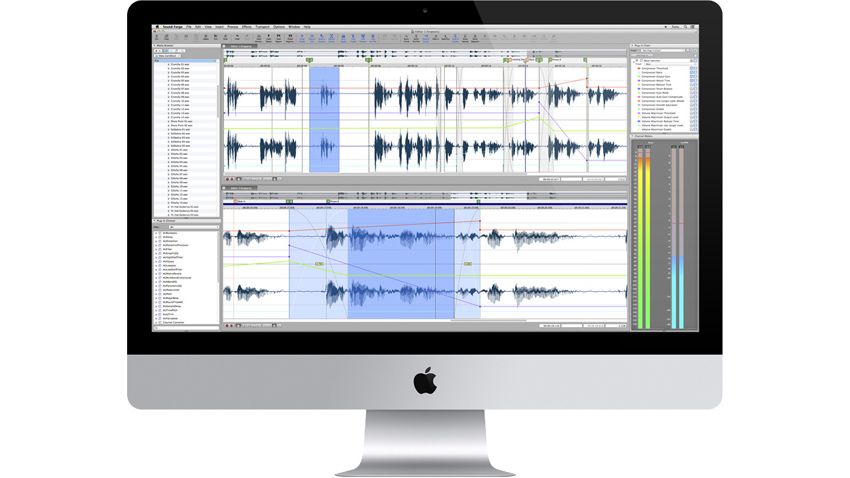 TBH if they were smart they’d just license Reaper, seeing as the latter was an improved take on Acid’s workflow…

But hey. If they have the Deutschmarks…

I read the title and said out loud “well at least it wasn’t Sound Forge”. Click…

I dunno about Magix, I always thought of them as doing kind of cheapy stuff, but all I can really recall is that old Magix Music Maker thing. I guess this is Sony’s exit from the A/V industry, or close to it… I know they’ve been suffering losses on pretty much all fronts in recent years hmm.

I dunno about acquiring Reaper though, part of what makes it good and why a lot of people support it is the very independent way Cockos works.

Our goal is to develop software sustainably while preventing profit
rationale from forcing engineering compromises. By doing so, we can keep our
product visions intact, giving maximum benefit to our users.

Yeah, bless Justin’s heart (Cockos). He learned the hard way too with WinAmp.

Acid got to be soooooo bloaty. I love the whole boot from a thumbdrive option w Reaper.

I haven’t used Acid in many years, but I can believe it. I’ve used Sound Forge since it was Sonic Foundry’s and I noticed it too becoming bloated with every Sony release. I stuck to v8 because of that and prefer dedicated software for advanced conversion/video/restoration etc.

Yeah, bless Justin’s heart (Cockos). He learned the hard way too with WinAmp.

Damn, I didn’t know the guy from Cockos is behind WinAmp.

WinAmp has been one of my most used audio tools over the years.

How much are they charging for a tab of acid.

I’ll get my coat.

@kLuster_of_stars - if you’re starting from scratch every time then yeah. But with Reaper the key to the workflow is templates and saving chains, etc.

@mks - Yep. Sold it at the age of 20 or something. Learned about corporate jockeying by the age of 21. Lives and codes a few blocks from where I’m typing now. One of my old grower buddies used to play poker with him semi-reg, but haven’t talked to him for a while. I’ve been using iOS based stuff (for portability) for most DAW purposes the last 5 years-ish but am feeling the pull of Reaper again lately if I ever manage to get a decent machine and a few hours a week.

@rockonin - no tabs, this is liquid. Hold your hand out…

this thread… talk of sony acid and deutschmarks, i feel like we’re back in the nineties

i’ll actually try that then

Yeah I’ll be running v2.95 'til I die. I still use xmms as well because it’s such a good winamp clone, even the skins are compatible.

I am all for a revival of Acid… it was my DAW of choice back in the days. I would probably have never used anything else if Sony didn’t let it die a death Tools that defined looping and waveform editing move on - perhaps - to a second lease on life. Sony's music and video tools go to a new owner.

Sound Forge has been my audio editor of choice for the last several years. I’m still on Sound Forge 10.

I hope they keep developing it. That article alludes to a potential bright future for that software.

Yeah I’m interested to see what they do with them. ACID is the only one I haven’t used regularly in years. Even use Vegas for some stuff.

They might just integrate them into their stuff. Magix Music Maker or whatever their flagship is these days.
Gotta say my experience with companies selling off their technologies that I use hasn’t really been good. Best example is Logic and most recently Camel Audio plugins. All went to Apple and they immediately cease cross platform support : (
Sure I can use the Camel plugins still, but much like Logic 5.5 it’s only a matter of time before there’s severe compatibility issues or the like.

For real: RIP Alchemy Mobile for iOS - one of the greatest synth bargains for a while. Abandonware now more or less.