SUBPAC: Can I use it for mixing? Does it translate? Can I get smaller monitors?

My biggest fear about having monitors is being able to use them in a shared accommodation rental. I have brought and returned multiple pairs because I get excited but then remember that my rental situation is prone to change because sadly, that’s how rentals work. Sometimes you need to move for whatever reason, or they bring their relatives in, or like my last rental - I had to move because the couple that owned the house broke up!

But I am absolutely sold on using monitors for mixing. They are SO much more forgiving as opposed to headphones which fatigue my ears despite being open back. The problem with monitors is that I’m not the only person who can feel the sub frequencies…

Then I heard about SUBPAC and the first most important question I have is: Does it [I]translate[/I] to [I]better mixes[/I]? Is it [I]reliable[/I]?

Ultimately I will be taking my music to a studio, but I want to work with a setup that will develop my ears to the FULL SPECTRUM.

i doubt it tbh, best thing to do is try the subpac out and see what you think. wot country u in?

Nowhere near any place I can test

I’ve tried one and my thoughts are that it might compliment a mix, but only in conjunction with decent monitors

i hi pass my monitors using the switch on the back when i use my subpac, so yes, it easily replaces a subwoofer, thats the point lol
edit: maybe its not amazing for the higher end, since when i hi pass my monitors it only cuts out from 80hz, but i would’ve thought youd be fine to use subpac with small monitors 100%

Kaili is a bassniguh . Probs works. But you probs need to find a reference point with tunes you know.

Oo ye forgot uve yet to try it, will be able to on friday haha

The Basslet: a wearable subwoofer for your body

The world’s first watch-size subwoofer for your body. Experience powerful bass – anywhere you go. For music, gaming and VR.

These are on sale right now. Refurbished for $200, thinking about buying one since monitors aren’t really gonna happen atm.

Still seem worth it to those who have it?

I don’t know how those would be for mixing but I don’t have one.

HAHA that’s hilarious!! I was probably the first one to buy it the minute I received the email. SOOOO EXCITED!!!

Eh I’ll get one. It’s not too expensive and even if it isn’t great for mixing it’s better than nothing. At worst it’ll be a fun toy

I actually just picked up one of the refurbished ones a couple weeks ago, and to be honest I really like it. Initially I was trying to integrate a sub into my bedroom studio and always ran into phase issues, so the subpac entirely removes that problem.

The pros (in my opinion):
-±you can really feel how your low end translates to big sound systems
-±no phase issues
-±feel is incredible, you can feel the slight difference between an A note at ~55Hz versus a C at ~65Hz
-±response is great with little to no latency, especially when using line input
-±wearable so you can move around to all your equipment

The cons (in my opinion):
-±I found that it got slightly uncomfortable after wearing for long period (I actually just hang it off the back of my chair and lean back into it now)
-±it’s designed to sit in between your shoulder blades while worn properly, where vibrations are transferred throughout your body via bone conduction; however you definitely notice the intensity diminish with distance from the subpac
-bluetooth connection isn’t the greatest
-±all audio ins/outs on the device are 1/8" TRS. It would have been nice to see 1/4" (I bought a 20ft headphone extension cable by Insignia which came with adapters and solved the bluetooth/connection issues) http://www.bestbuy.com/site/insignia-20-headphone-extension-cable-and-adapter-kit-black/4716006.p?skuId=4716006

Overall I would probably rate it 4/5. Definitely a useful tool to have! If you don’t leave your seat much, I might recommend trying the seat back one, although I haven’t actually used one; I’ve just heard they are actually comfy to sit on haha

At worst it’ll be a fun toy

Strap it to your junk and play The Bug. Thing’ll pay for itself.

Well just got it and it really showcased the difference between my shitty kick/sub mix and some good songs. My stuff is just so jagged and I don’t really know how to fix it

Subpac for your face 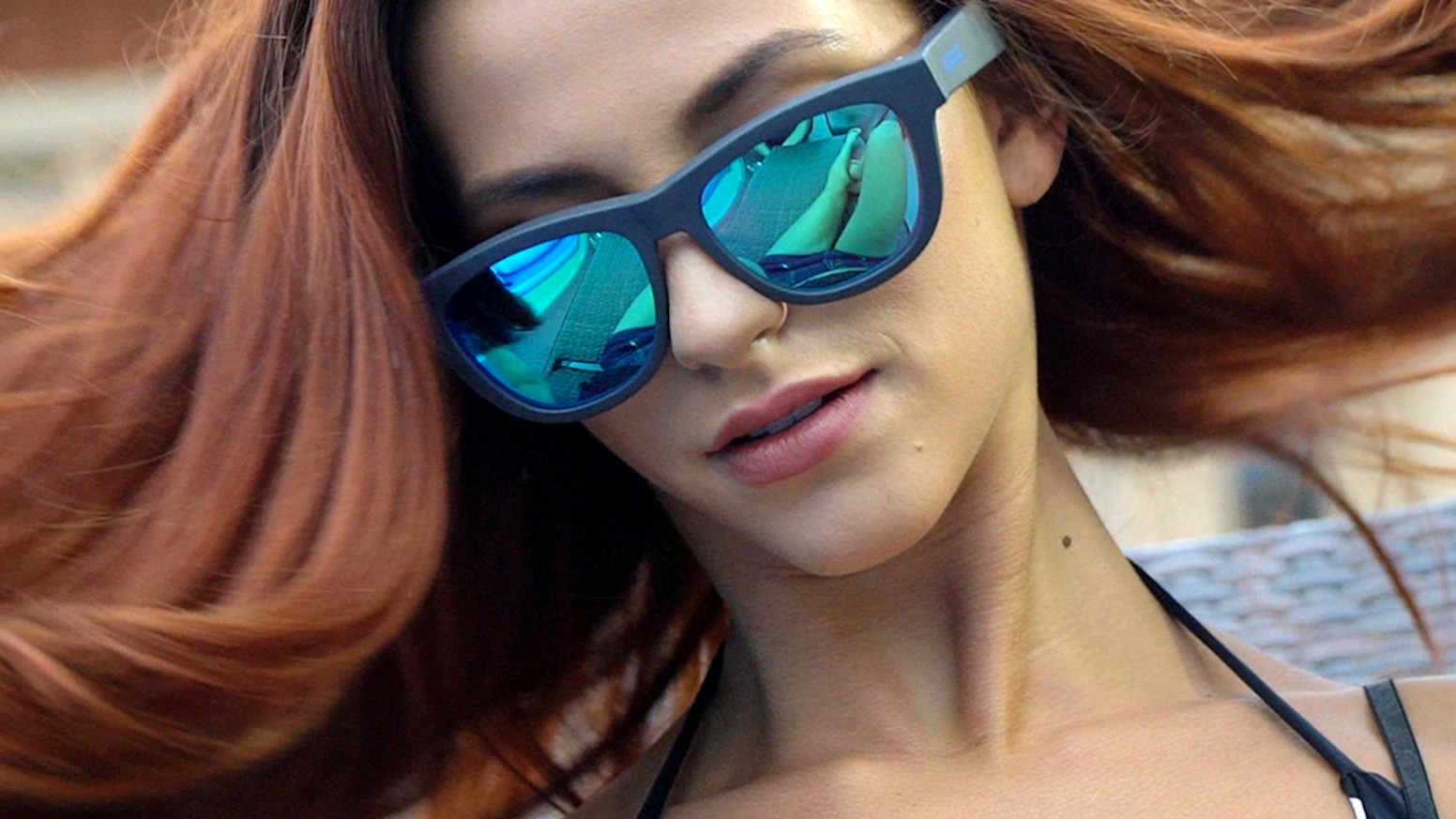 Zungle Panther, sunglasses with built in bone conduction speakers enables to transmit sound waves to the skull via vibrations

I would love to have a chance to try one of these.

I don’t think it can replace a good monitor + sub setup but if you have no choice and nothing to represent down there audio wise then it can’t be a bad thing.