The 40 best Dubstep tracks as told by Fact 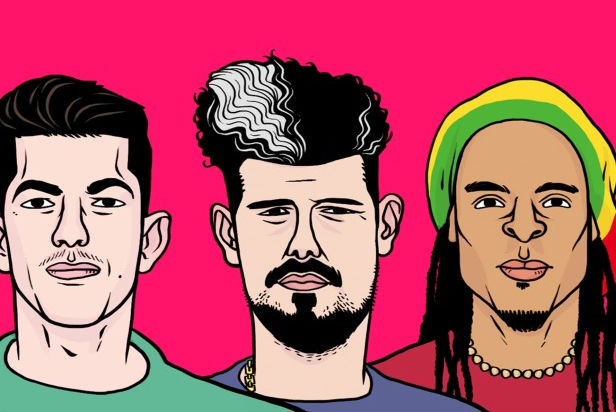 The best ever dubstep 12"s, from Skream to Skull Disco.

So before we drown in a chorus of “where’s [insert record here]?!” tweets, here are some of the restrictions we put on it. First, because dubstep was such a vinyl-focused genre in both its principles and practicalities, we wanted to focus on records. Both A-sides and B-sides are taken into account when ranking these releases, and if something was only released as part of an album, it doesn’t count (so no ‘E-Trips’, no ‘Intensive Snare’ and, sorry folks, no ‘Archangel’).

Second, although there are records on this list that musically have as much in common with grime and garage as they do dubstep, we tried to make sure that everything included fits into the dubstep world/movement/scene before it did any other – whether that’s due to the label it was on, the DJs that were playing it, or simply where it made most impact. When it came to records like ‘Hyph Mngo’, ‘CMYK’ and ‘Maybes’, we decided that they were too far removed from dubstep to qualify.

They made a fuck load of rules and cut loads of stuff out for no real reason.

Have they done the usual FACT thing of

Yes, yes they have.

im gonna give this a preemptive booooo b4 reading

I don’t actually disagree with anything on that list. The only one where my eyebrows even slightly raised was the La Roux remix.

Everything else is pretty much on point…top 5 is damn near perfect, IMO.

I cant even get it to load properly. The credits are some guys who actually know what they are talking about.
Just find it bizarre the time frame. Maybe we can get a click bait article going for the “The Best house tracks” then limit it to the uk between 97-2001 just because

I get why they’ve put the stipulation in place. No arguments involving tracks that may or may not cross over into grime early on, the dark garage stuff, or any discussions after 2009 which is post FabricLive 37 where it all started to go a bit tits up and brostep began to gestate.

And if anyone can name me a dungeon era tune they think should appear on the list in place of something else already on there?

yeah tbh this isn’t bad at all

no way they were gonna get everyones favourite tune in but they’ve done a good job, like i’d have put in mud and midnight, i’d have put in a looot more coki- earth a run red cmon g, cotti -i dont give a dub…

i honestly think matty g -bitter love/for the smokers is a much better plate than 50,000watts/remix

There is plenty of stuff that came out in the last 5 years worth being on there, just seems abit lazy to me tbh

yeah for sure time frame is arbitrary just like

Haha yes this is it

some commmodo or kahn or vivek or las for sure beats a lot of this stuff for me personally.

babylon fall too. that one actually probably beats everything on that list imo.

how bout Square Off / Slippin

Silkie & Mizz Beats “Purple Love” is literally the first tune on their list to show up.

where were all the kutz tunes

WHERE WAS COKI DUPPY SOURSOP AND MACCA FOR CRYING OUT LOUD