The Black Madonna on Beatport and EDM 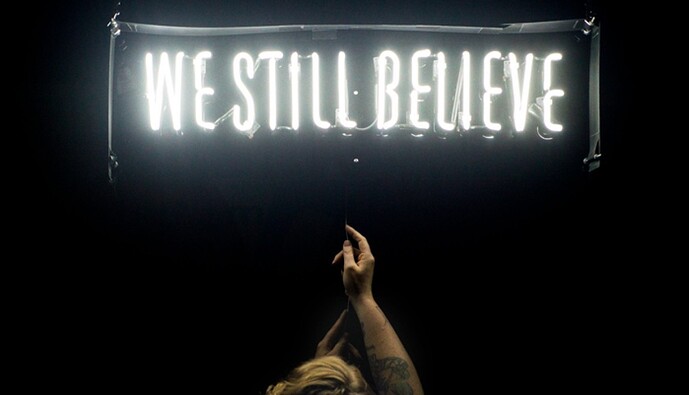 Marea Stamper, aka The Black Madonna, is a Chicago-based DJ and producer. Here, she describes a disillusioning transition in Beatport’s business practices, and predicts an imminent implosion of the mainstream EDM market.

I moved to Chicago about ten years ago. I used to vend mixtapes at raves in the nineties. I wouldn’t call it so much a job as a hustle, but it’s how I kept the lights on. I can’t tell you when the magic started to evaporate, but in a poof it was gone. I left my mixtapes behind and went to college. You can imagine my surprise when a former colleague from the mixtape “industry” called me and nearly outright demanded that I come to Chicago to help his new business, a record label group, begin the process of distributing their massive catalog in the new world of digital dance music. By this time I was DJing and it seemed like a ray of hope in an otherwise dismal time.

A store called Beatport had changed the way people thought about discovering and buying dance music. Labels and distributors sprinted to catch up to the first major disruption in the market since DJing, as we understand it now, became a widely practiced art. When I arrived in Chicago, it was apparent that the vinyl industry was unprepared to meet this challenge. It felt like every day we got a call that someone distributing our stock in Europe had gone belly up overnight. We heard stories of hundreds of thousands of records in demolition bins across the sea, warehouses emptied overnight, our partners evicted. A label could lose 20,000 or even 50,000 dollars worth of stock in the blink of an eye. It was a devastating and utterly terrifying place to begin my dance music career
in earnest.

In that time, Beatport went from a novel business concept to the most important ally we had in the fight to survive. We loved the staff. They were funny, kind friends who did everything in their power to help us. I can’t tell you what their support meant to us as a new digital distributor. We started signing labels from outside our catalog and became, as much as anyone was at that fragile time, leaders in the movement to adapt catalogs for the mp3 format. I was proud that we helped keep labels, who had never dealt with the technical challenges of supplying digital content, afloat.

“Who gets hurt when only the most successful, slick, well-funded and marketed labels are allowed a voice in a store that controls 85% of the market?”

Beatport taught us damn near everything. Far from a cog in the ruthless SFX machine that you know today, Beatport’s staff were just a dedicated, passionate band of people who believed in dance music and embraced technology. They went out of their way to make sure we were OK and understood what we needed to do. They were as much counsellors as technicians. I felt that their values were very much in line with the essential futurist concepts embedded in the DNA of techno. It was because of Beatport that we survived as long as we did.

In 2009, I sat on a panel at Winter Music Conference with Shawn Sabo, Beatport’s Vice President of Marketing and other industry experts to talk about “The Future Of Digital Music.” It was the best attended panel that year for a very good reason. For an hour and a half we talked to a packed room, many of the attendees desperate for guidance, their whole catalogs in danger. In three years, I’d gone from knowing absolutely nothing about digital distribution, to being one of a small number of people who could speak with some authority on it.

When I sat on that panel, Beatport was five years old. I still believed in them, but back in the office concerns soon emerged in private. As I read the transcript from that day, the ghosts of their future lurk in the subtext. I wish I’d had the vision, to even imagine the damage that the blind march into corporatisation of dance music would do. I did not. I know that denial is a powerful thing when it’s driven by fear for your own security. But as the questions about these new business practices came, there I stood, a loyal defender of our partners. I trusted their judgment implicitly. I had no reason not to.

When I left the panel that day, a lot of people took me aside to talk privately. Beatport’s increasing demands for exclusivity were crushing them. In a world where having the hottest thing before anyone else mattered, Beatport was your only option. Nearly everyone, including us, had apparently kowtowed to their demands. Whole companies, working people were at risk. Who can afford to lose 75% of their money? It was just too much to fight for many people, including myself.

It felt weird to begin to fear a company that basically helped build our own. The corporate money came. Trusted employees vanished. Beatport began dispassionately culling “underperforming labels.” The number that you had to sell each quarter rose to $500 dollars. As a person involved a little more intimately with the mechanics of running a label on the creative side now, I can say that very few quality underground labels make $2000 a year.

And who gets hurt when only the most successful, slick, well-funded and marketed labels are allowed a voice in a store that controls 85% of the market? The market starts to look a lot like the people that control most of the wealth in the world. The market gets whiter and straighter and more masculinised. Marginalised people are erased, whether they’re innovators or not. Along with this comes the centering of dance culture on white, straight men. The labels we saw cut first were underground Chicago labels. They were often black owned businesses. We were a company built on Chicago house music. By the time I left, we only survived on a handful of artists and barely kept the rest afloat. We argued passionately in defence of our roster and often lost the fight.

We used to joke in our office about what would happen if one day Beatport failed, but the reality of that possibility was all too grim. The month they didn’t pay would be the month we locked the doors and I didn’t get a paycheque. For that reason and others, I eventually left that field and found my way into the world of DJing and touring. Beatport was acquired by SFX. We now know this to be one of the great harbingers of the brave new world of popular EDM.

Most of the things I feared came to pass.

As I sit here today, I can tell you that the utterly unsympathetic email that people received from Beatport at the beginning of August was the email that we feared in our office every single day, abruptly telling individuals that they had “trapped certain earned label payments”.

To no one’s surprise, as it turned out, all the payments weren’t frozen. Major labels participating in the new Beatport streaming service received their money. You can guess who did not. It’s hard to see that as anything less than abusing the labels that could not fight back, or would perhaps not know that this kind of freeze in payments is not a normal, expected part of the process when a business tries to go private. Major labels would have a team of attorneys scorching the earth to get their money. The little guys might not even know where to begin the fight to recover three crippling lost months of royalties.

According to Insider Trading Report, as of 20 September the shares of SFX – Beatport’s parent company – plummeted 92.47% in just a year. This is one company, one piece of the EDM puzzle, but I believe it is emblematic of much, much more. When EDM rose to prominence, I absolutely insisted that at some point the bubble would pop. It was too ridiculous. With DJs throwing cakes like Gallagher smashes watermelons, eventually people would grow tired of EDM’s antics. So much money was poured into a really untenable and silly model. And like disco, when the big money came in, the mainstream dance movement became a swollen, nightmarish and homogenised version of the thing that people originally fell in love with.

Disco’s popularity quite literally exploded at the racist, homophobic riots at Disco Demolition Night on 12 July, 1979 in Chicago’s Comiskey Park. Not even Harry Caray singing Take Me Out To The Ballgame could calm the throngs of people, many whom snuck in to watch disco records blown to smithereens on the baseball field. I would argue that popular EDM’s demise is a little less of a bang and more of whimper, as the corporate money limps out of a genre that came with an expiration date, but not before completely demolishing more small stores and labels than I can count.

I don’t know what will happen to Beatport. I am sure that for all its problems, the vast majority of people that work there are kind, thoughtful and good. I am sure they’re just trying to do what a lot of us are trying to do, which is find our bliss working with dance music. But when I think about those early years, I can’t help but feel foolish. My childish, absolute faith in the futurist promise of techno and fear for the security of myself and the labels we represented, blinded me to the potential pitfalls that could come with it.

My hope is that with the end of this period of large scale corporate investment in dance culture that we will experience the renaissance that came in the late seventies and early eighties. People didn’t stop dancing. They found their way to hip-hop and house. The were reabsorbed into subcultures. They found their way to The Warehouse and Frankie Knuckles on the remnants of what used to be the mainstream. We can only wish for such an amazing blessing.

I didn’t know SFX was losing that much in recent years. They we’re buying like crazy
in '13 - '14 I think. So many big events fall under that name. Can’t do much good.

The whole sfx thing revolves around them being careless in buying new locations and usually spending shitloads of money for new overpriced venues. That’s what I heard, it’s more like a lapse in judgement about spending than a failure to predict the market.

Also I can’t really see how this relates to the overall popularity of edm. Dubstep/Brostep pretty much ignited the edm revolution, and its decline in popularity did not equate to the decline of edm music…the spotlight shifted to trap music. Odds are, when trap music declines, the spotlight will reshift to another subgenre. EDMs strength is dependent on the rise, fall, and mixing of sub genres…

Another interesting trend is the growing popularity of mid level producers. Fans who were introduced to the pop influenced side of edm like douche house and bigroom house have slowly got interested in higher quality more underground producers…I think this trend will continue. Instead of fans leaving edm when they get sick of cake throwing TurnUp DJs they’ll slowly go underground as they refine their taste and learn more about the roots of the music they listen to.

Idk what I’m writing but edm is going to be around for a long time…saying it will decline is underestimating the creativity of underground producers and corporate acts.

TBM is such a boss. I had no idea she originally was one of the leading industry figures in regards to digital distribution of music… I wish her and Smartbar the best. Thanks for sharing!