Things You Wish You Knew Before You Started a Record Label

I started my own label a few years ago just to release my own music. I have digital distribution to most online music stores, working right now on distributing to Juno, Beatport, among other stores. I’m also now working on getting physical releases out there into the world, as well as adding artists to my roster, mostly local artists whose music I appreciate and are pushing a new sound.

The thing I want to know from those of you that run your own labels, which I’m sure a lot of you do: what do you wish you knew before you had started a label?

well, what do you wish you knew?

Yeah I guess I should start.

I think I wish I had known more about setting up a business on the technical side before starting the label, more about bookkeeping and business licenses, so I wouldn’t have wasted time and money using things like legalzoom for setting something as simple as a sole proprietorship.

Not a label owner, but I think this thread could be drastically enhanced if the label owners who contribute also explained how they got around/over the early hiccups. 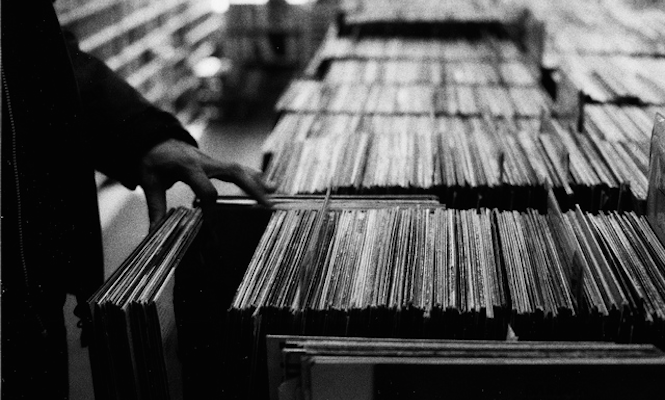 How to... start a record label

I know LegalZoom offers a discount to CBB listeners

Seriously though, I don’t think that many people here run labels.
I know some people who do and they all say it takes up a lot of their time.

It’s gone through several incarnations, as my tastes have changed. It all goes under the umbrella of Tetra Music and Film Group. https://tetra-music-la.bandcamp.com/

Still updating the site, and working on the sub-label that I’ll be focusing on, and I’m calling it Sublevel Recordings. Band camp isn’t live yet, but will be soon.

Seriously though, I don’t think that many people here run labels.I know some people who do and they all say it takes up a lot of their time.

I see, I guess if anyone that does run a label sees this they can comment if they choose. I was just curious about getting a label-related conversation going.

Whatever happened to Bacon Dubz?

lol…yes, would well enjoy an update

I think running a label is really pointless unless you’re preparing to release fairly often otherwise it just seems more of a loss than a gain.

I get what you’re saying, but when you’re starting a business, you almost always lose more than you gain in the beginning. I have three artists that are working on releases for me right now, besides myself, so I think I can keep releases consistent.

Yeah, but I’m talking about the long run, not the short run.

I mean, sure, but in the long run all art is ultimately pointless. So why should anyone create or release anything at all?

Well it’s the same with almost anything except for breathing, eating, drinking, sleeping, hunting and reproducing etc. since man was originally just a hunter-gatherer. Why do we have jobs, why do we go to school, why do we learn how to speak languages? Oh right because of the system.

I should have been more clear, when I said anything I meant anything artistic, any kind of art.

I think running a label is really pointless unless you’re preparing to release fairly often otherwise it just seems more of a loss than a gain.

Fully disagree. We’ve hardly released anything through Dubliminal and we’ve been on it since 2009 or something, but it’s brought nothing but good things to us. If you’re talking about monetary loss and gain then yes, you’d want to be spamming releases and doing a lot of vinyl, but if you’re just after money then I could think of 100 better places to invest your time & money than a record label anyway.

Couple of things I’ve learned along the way:

lol, i cringe hard at some of the discogs notifications i get saying the info for so-and-so record has been changed and when i look at it it’s the most pointless, useless info or clearly wrong and the guy just wants to feel “involved in the scene” or something.

like when the labels are flipped on the wrong side and someone is really serious about maintaining that it’s a mispress for some of the deep medis for example. Like… what is your point? The record is 100% fine for 99.999% of people out there. Who’s gonna really care if the labels are on the wrong side? If you wanna make a note of it it that’s one thing but writing “MISPRESS” at the top of the page is just gonna confuse people and make them think it’s something worse.

edit: also when people add “dub” or “dancehall” or some other genre to records that are straight up dubstep… give me a break m8.

I can’t remember but I’m pretty sure I did log in and regulate the “accidentally 500 copies have been pressed” bit when I was shitting my pants a bit about self-distro’ing 500 records. Next day some shitkunt put it back in. At the end of the day it didn’t matter…people were buying the 10" for £25 a year or two later…turns out people turn to Discogs after the record has sold out.

just curious - and on topic with this thread - why, as the label owner, would you not want people to know that there’s 500 copies instead of 300? i don’t really get why people get so fixed on the number in general though.

what does “limited” even mean? the word is pretty much meaningless to me. unless it means that it’s just one pressing with no plans of a repress (in that case, there are a lot of records on discogs that should be labelled limited but aren’t)? because i can imagine another way of doing things - where they do continuous rounds of pressings based on demand (how many orders they received in the 1st round, 2nd round, etc) until eventually the numbers are too low to make it profitable. would that be “unlimited”?