If have not heard this music then listen it here:http://youtu.be/1BtHV82VAmg

Any idea would be appreciated. Thanks in advance

Tbh I’ve been trying to figure it out as well. I’m like 70% sure it was done in serum, but it could be Massive. I think it’s uniqueness comes from the pitch modulation that is occurring, I just don’t know how to do it…

Try Serum and then under Digital: Razor. And then for the warp mirror and set it in the middle. It sounds like it is used with a vocoder or something too. I could be totally wrong, but that sound is as close as I can get.
EDIT: Use a lowpass filter with some drive

Tried to make the sound with serum as I told, but couldn’t get any closer than this (the sound after the growl): https://soundcloud.com/s3m_music/7a-1
The rest is just playing around, because I’m new to dubstep lol

are you using the filter correctly ? here is what I got (got it out of an old tune of mine so the sound dosent sound exactly the same but I wasnt going for that either anyways it uses the same technique

No I’m not good with filters. Still learning how to use them properly

Yes of course it sounds awesome!

I think you can also do this by choosing the remap warps and modulating them…could be wrong, I’m new to serum as a whole. 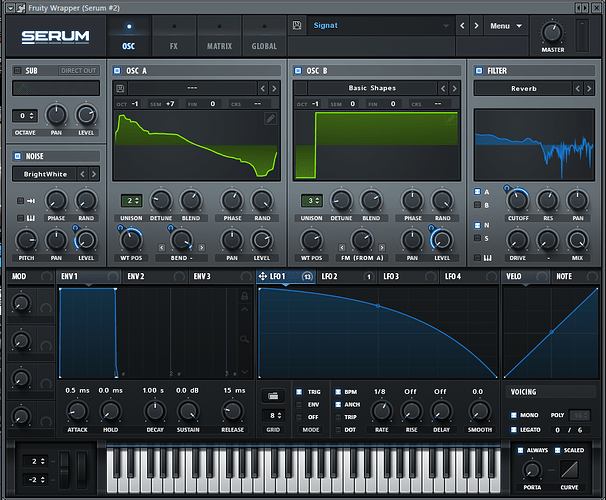 this is the patch I am using you could squarify the Wavetable on Osc A to make it sound more like the original but as I said I wasnt going to recreat the original sound so yeah here you go !