I’ve been very interested in starting some DIY projects. I know some of you on here have some experience (we had a pretty decent thread about this on the old forum).

I’ve been browsing http://www.paia.com , seems like they sell some good stuff that’s relatively simple to start with. Anyone on here ever bought one of their kits?

I almost did the Fatman when I was in high school, but chickened out. Wish I had followed thru on it. Are you planning on doing synth stuff or the rack gear? I’ve heard the kits are super easy either way

I want to play a waterfall like a piano

The idea of having a physical pad in 3d that could wash over a tune in every direction or with varied force.

… hmm guess i dont even have a full idea yet Patchable, glitchable - the Sony Discman gets a new lease on life as Discbitch, and this 2012 video is also trending back from the dead.

I mainly want to try and build the dual limiter to start out with as I’ve been wanting a hardware limiter for some time now.

have you considered just a reel to reel for compression ?

U can get a nice fatness from some of the smaller reel to reel machines with the right tape. Idk what that would be I just remember some sounding better than others at the studio… I think the newer ones were better tho

just heard it from so many sources thru the years

but never worked with it

Yea I think it’s a very complicated thing and I’m not sure how much of an effect u get off the professional stuff cos it’s suppose to have as little an effect on the audio as possible. I think if u want the tapey effect u might as well use a cheaper type like cassettes and stuff

wish someone would finally explain magnets

BUT
It’s far from the role of the producer in music you and me are into
even band stuff
like brendan o brien (soundgarden) or someone like that, would try to have as much influence as possible

Just got a 1/4" reel to reel last week actually and I use cassette all the time.

I want a limiter for more extreme compression (parallel compression is a big part of my ‘sound’) and possibly for radio use if its clean enough.

See, when we were children, we were taught ‘1, 2, 3,’ and ‘A, B, C,’ but we weren’t set down on our mothers’ knees and taught the game of black and white. That’s the thing that was left out of all our educations, the game that I was trying to explain with these wave diagrams. That life is not a conflict between opposites, but a polarity. The difference between a conflict and a polarity is simply–when you think about opposite things, we sometimes use the expression, ‘These two things are the poles apart.’ You say, for example, about someone with whom you totally disagree, ‘I am the poles apart from this person.’ But your very saying that gives the show away. Poles. Poles are the opposite ends of one magnet. And if you take a magnet, say you have a magnetized bar, there’s a north pole and a south pole. Okay, chop off the south pole, move it away. The piece you’ve got left creates a new south pole. You never get rid of the South Pole. So the point about a magnet is, things may be the poles apart, but they go together. You can’t have the one without the other. We are imagining a diagram of the universe in which the idea of polarity is the opposite ends of the diameter, north and south, you see? That’s the basic idea of polarity, but what we’re trying to imagine is the encounter of forces that come from absolutely opposed realms, that have nothing in common. When we say of two personality types that they’re the poles apart. We are trying to think eccentrically, instead of concentrically. And so in this way, we haven’t realized that life and death, black and white, good and evil, being and non-being, come from the same center. They imply each other, so that you wouldn’t know the one without the other.

Reader Otem Rellik has converted a Nintendo DS into a tiny portable touch synth called, Teensy. This way he gets a nice touch screen to play on, with the added benefit of knobs! He's even 3D Printed a case for the thing.

I had like three reel to reel tape decks at one point but I moved so much I got tired of lugging them around.

I was going to get my tape loops and my Terry Riley on.

One huge issue in the world of digital music production is keeping that analog warmth (that resonated from reel-to-reel systems and tubes) in modern day digital... 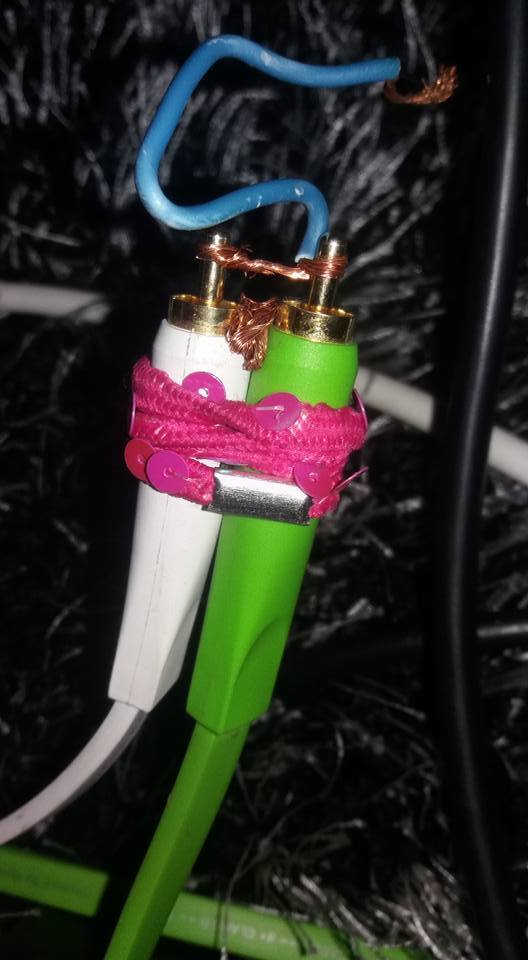 lol r u me

only thing that’s stopped me from building it is the fact that for that price, you can get a finished WA76. but i think you can get the price down if you buy the barebones kit from hairball for the special parts and then get the regular components off mouser or something

Yeah man, part of the appeal though, is that I just think it would be a lot of fun to build the kit. Prob a smarter move to go with the WA tho lol