Grime on rise in America?

Not sure if this should have gone in its own thread, because this is kind of cringey (maybe the cringe/fedora thread) but whatever, what do you guys think about this?

Grime on the Rise: Why UK Rap Is Set to Explode in America – IHEARTCOMIX

Grime's been hot for a while in the UK, but until a few intrepid artists perfected it, it's never caught on in the States ... until now. Why? We'll tell you.

Its too awkward of a scene for (mainstream) America to get into.

Hence why it failed the first time around.

It certainly has more chance to get over this time around, but, as you can see from the article itself, the sound that would be embraced is just a twang’d version of trap.

oh god that K9 tune is so wack.

How did I know it would be Skepta…

US is always on the follow with respect to UK electronic music, and is usually about 3-4 late the past few cycles. it could get big in electronic music circles but i don’t see it becoming like a massive hip hop type of thing played on the radio or in Foot Locker.

How did I know it would be Skepta…

I know, it’s kind of frustrating about American culture, seems like only the most most popular get any real media attention (even in independent music circuits) and that’s about it. I feel like that’s why so much of the American renditions of UK electronic music is so saccharine.

Yeah you hit it on the head.

trap seems to be the one exception in terms of “EDM genres.” had strong roots in the US but I do feel like UK producers like Bauuer, DIplo, TNGHT, etc propelled it into the EDM world (though i’m not very informed about trap at all so someone else should probably elaborate on that one).

edit: then again though, you do see trap being played on the radio and in stores like Foot Locker or anywhere really. I think the difference maker is lyrics. Trap has lyrics. Dubstep generally doesn’t. House and techno generally don’t. Grime does… so maybe that could make a difference. I don’t see US kids getting into 2-steppy grime instrumentals though. The beats are way too intricate to make sense to the US masses. If “grime” got big, it would basically be halftime 140 beats with edm synths and rap lyrics - also known as, trap.

maybe there would be a little “grime” twist here and there but i doubt you’re gonna have distorted pulse x kicks or eski sounds.

just fyi Baauer and Diplo are American and half of TNGHT (Lunice) is Canadian, but your point is right

US is always on the follow with respect to UK electronic music, and is usually about 3-4 late the past few cycles.

Yea they have a tendency to be late to the party, but jesus, that boat left 12 years ago.

Most of the electronic music movements take time to catch on here, even the ones that were created here. For example, as far as I know, Cybotron was somewhat locally popular, but Clear didn’t seem to get attention until after they broke up. I wasn’t alive then though so I can’t really say for certain.

U guessed it is grime?

U guessed it is grime?

Huh? Sorry not sure I get what you’re saying.

The hip hop song by OG Maco, U Guessed It. The article said everything about was grime except the name.

Just going to repost this here:

just realized that if grime makes it huge in america and the ghetto gets hold to it… were going to see nothing but hip hop beat makers throwing preset dubstep patches on tracks for days. Oh the horror.

Yo check out that s

Imagine 500,000 untalented, narcissistic, “popular” hip hop wannabes buying presets because they think their going to make it rich. And you think the “bros” are bad.

Imagine 500,000 untalented, narcissistic, “popular” hip hop wannabes buying presets because they think their going to make it rich. And you think the “bros” are bad. 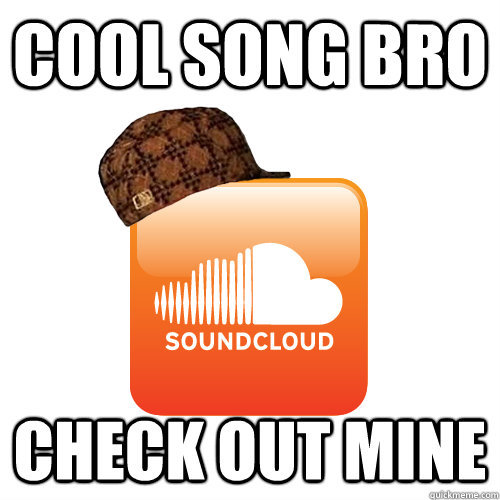 I dont know whats wrong with most of the mainstream. They dont strive for anything more. They just want to fit in. Makes me burn with envy of everyone that has access to a pc, but dont do anything with it.

I never found out why brostep was called brostep. I sure have an idea, though. Gonna look it up.

Cause that kinda dubstep got associated with “bros”