hey, having a few tunes lately where it sounds good to me on the speakers then when i’m checking back on it at work on my studio headphones it’s a bit shite? like it’s usually a main element that sounded really big, ie kick, sounds weak lost in the mix and just a bit empty on the headphones

checked on my cheap little in ear bud headphones and sounds fine and heavy, they’re cheap but i like the sound on them, pretty dirty and good for rock or techstep dnb etc

is it the audio technica headphones or the speakers lying 2 me or a bit of both/keep referencing on more shit?

i also find getting a decent mix on these studio headphones a bit impossible, like they don’t go loud enough or provide that stereo range, anyone else get that

Try stuff before u buy it and def don’t go with he krks. I mean I can deal with em but they sound pretty weird with that low end bump. Idk good phones is probs better, but the mix won’t always translate to speakers

a little late to not buy the krks

i’m pretty happy with em tho, so you’re saying the headphones are probably more accurate tho and the krks are flattering those kicks more than they deserve?

Yea basically :).
I still use krks and get okay results but u need to a/b compare your mixes with other speakers/phones/car or what ever

krks are fine just remember they are boomy. m50’s are weird imo, bass is always in a weird place for me. ive never had something translate in a way that I liked it in m50s until after getting a mixdown and fixing the stereo imaging properly.

Watch the muddy mids on the KRKs as well. But the biggest problem is the bass extension. It is just really awful on KRKs.

Edit: Having worked on them for years in an untreated room my suggestion is to turn down the bass and high pass everything more than you think you need to then go double check it. I never really got bass stuff correct in my mixes until I switched to different (and smaller) monitors.

people do talk about the bass alot in regards to krks but i’ve never really noticed it affecting my mixes that much since i started using them, really i think the bass is much better mixed now i can hear it and i can’t say when listening on other sources i’m suddenly surprised by the overall mix like in the mids and highs being bare different

used to give it way too much bass when using the audio technica’s and now i’m pretty careful - it’s the first thing i turn down to make space in the mix and i usually get the kick in by turning the bass down, i think people have said my bass is quiet in dubs thread a few times though so maybe i’m being slightly misled by em

not hi-passing much stuff atm either, unless maybe it’s a bass synth and sub

are the krks that bad?

i wanna get some speakers soon but its really the only option on that price range over here, only other option that are a bit more expensive are the yamahas, should I save for that instead?

they just have a boomy low end but honestly it does seem worse depending on how bad the room is. Id recommend keeping them over a foot away from a wall and having them on stands but I can’t talk. Loool

They arent bad, for the price. You need a real mixdown elsewhere imo if you want to do somethign pro. THey are jsut a bit boomy in the sense that if you make something and it sounds peng to you and feels like it has good presence in the mix, it may translate flatter/thinner and a bit boring elsewhere. I know Dr. Ozi uses them for example, and they are on Baitgore and they (he now?) dont have any special gear. Not that I rate them or whatever, just saying.

If you have the budget, i use the VXT series (6") which are great. Definitely a cut above the KRK base.

Also a cheap and very effective way to clean up the low end on them is to simply put them on a 50$ pair of isolators, that shit will give you immediately better perspective on the low sid of your mix, more than even upgrading your speakers in most cases.

also, theres a 10$ tweeter upgrade you can pull on KRK base models that improves them to near VXT fidelity aparently.

Really? Gonna look at that when I get a decent room

yea this kind tho, not the foam 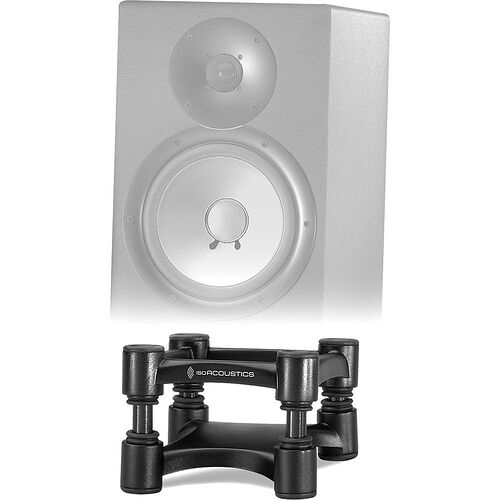 I pretty much do everything on headphones right now(got akg 240s), wanted to get some speakers just cause I get tired of having headphones on all the time, and just generally feeling how it sounds outside a headphone.

room is pretty small, not sure if they will sound terrible here because of that also

so literally, anything flat will be an improvement. Even just bait reference monitors to see how you translate in macbook speakers will help you, living on the 90hz cutoff edge lol.

I’d argue they are bad for the price these days. Presonus Eris series, Yamaha and Equator Audio D series are all a loads better than KRK Rokits.

I will give KRK props for the Rokits though, when they came out there basically weren’t budget monitors worth mixing on, but there are options in the price range these days.

I’m probably biased but I think Equator Audio D5s kick the crap out of all the compeitition. My mixes improved a ton when I switched over from Rokit 6.

I also always thought the high end of Rokits was fatiguing (not misleading though).

I’m not sure what’s going on with equator. All their stuff has been out of stock for almost a year now