wtf is the difference between techno and house

and while we’re at it garage too?

i get 2 step garage, that swing percussion- but what makes the more old school garage that’s pretty much house garage? (is it that it has kick on the 1 and 3 and clap on 2 and 4? i assume not…)

There’s a world of difference between the two imo. Starting even from the sound design of the most basic elements. The kick and percussion in general don’t even have the same tone or character. One tends to be funkier in general whereas the other aims for a more ominous intent. The build ups are not the same; The release in house wants to be euphoric, musical and funky or groovy whereas its meant to be a mechanical build up of moving industrial parts with techno which to me instantly conjures completely different imagery and motive. Although both go for groove, they are both different grooves.

The difference is not “territorial” I think, to me it’s clear that certain cities have a specific sound that is perpetuated by locals who learned to produce from locals. A bit of this divide has been lost in the age of internet/bedroom production but I think you can still find differences easily between Detroit techno and Chicago House.

i’m with you man. i remember, i think it was @Phigure saying the thing that differentiates that type of 4x4 garage you’re talking about with house/techno is bpm, but some garage is like low 130s, well within the margin for it to be house imo.

i differentiate techno and house the same way you do - by vibe. you might say that techno has less snares/claps and is usually the pounding 4x4 kick, but when you look at b8 edm house, that’s pretty much what it is. like big room house or whatever - it oftentimes is just a kick. of course it has b8 supersaws and whatnot too, but i don’t see any way to draw clear distinctions between house and techno based on anything objective. it’s just about vibe. and same with garage too (non-2step).

Techno can come with a fuck ton of snares and claps. CLK Recovery, for instance, is crammed to the brim with them. I think Signal’s posted the best differentiation post on house and techno in dsf history tbh, but even as he’s put it, it still comes down to the vibe.
A bit like the Bro/Dubstep dispute.
I think of techno as being a sound that pushes you within, and house being one that brings you out. Like I never think of other people moving when I think of techno, but when I hear house I’m filled with mental images of people dancing together and around each other. Like, one’s creating space and the other fills it, type of thing.
That being said, I’ll admit to having forrest gump level knowledge of both genres lol.,

House and Techno are closely related but quite different. But they have similar roots from two cities not too far from each other, as in reasonable driving distance.

I have hung out with old school cats from both Detroit and Chicago, and they would frequently travel between cities to check out the scene. One of the Detroit cats I knew said that he sold Frankie Knuckles a 909.

Also, Garage is House (Well, they developed at the same time) and they both grew out of Disco. It was named after the Paradise Garage in New York. It wasn’t until it migrated to the UK and was influenced by Drum & Bass and Speed Garage came along sowing the seeds of what you all know as Garage now. 2-Step came from this, from the funky swung Garage/House drums but started dropping the kicks from house to make new rhythm with punched up bass.

Frankie Knuckles from the Warehouse in Chicago and Larry Levan from the Paradise Garage in NYC actually were friends that DJ’d together in NYC. House and Garage come from these two clubs.

cool, not to completely misinterpret your post, but would you say that garage started as just house from new york?

interesting about disco, been kinda pondering for a while that house and the genres it spawned are pretty much electronic disco- an easier way to make disco yourself and get it into clubs (not 100% of course but that beat)

I used to also do <125 is probably techno (if I can’t decide) and >125 house. Even then >130 could go in the garage folder. But then theres like loads of 110-120 house… so I sorta ditched that. Identifying genres for me is often about ease for mixing, rather than trying to actually describe a tunes characteristics. Like most Jam City/Girl Unit is in house & techno folder but I don’t even know what to describe their music as half the time.

I sort my vinyls out into genres too… my “experimental” section is getting pretty big now cause anything I struggle to fit into a specific genre goes there lol.

basically uk djs were playing it a lot faster than it was produced at for jungle after parties and room 2s
then they started to make their own tunes to play with them
think RIP productions and 24 hour project made tunes around 94, 95
then it just went from there

i think new jersey is underated for its contributions to house 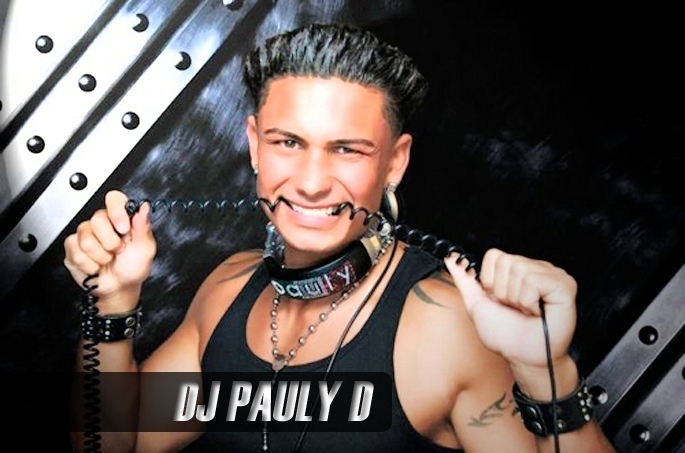 Yeah I realise that now haha… When I first started mixing and actually realising what bpm things were was like 2010 so a lot of the house stuff was coming from stuff like Swamp, other Joy O… bits associated with the branching off from dubstep like Martyn and Apple Pips. Just the general impression I got from the limited stuff I was mixing was house was faster.

Just shows there is a big grey area that I managed to get the whole thing the wrong way round lol.

nice 1 mate big it up

i’d argue that even tho similar, chicago house and detroit techno have different stylistic origins. remember reading interviews with the early detroit guys saying they were trying to put their own spin on the chicago stuff, like they were influenced by what those guys where doing there but making it their own thing.

plus while house mainly comes from disco and funk, techno has a more varied pool of influences. early detroit stuff was like kraftwerk + parliament-funkadelic + new romantic + chicago house. and cosmic jazz stuff being an influence on both.
2nd wave of detroit techno was already bringing in ebm (like jeff mill’s first project, final cut) and hip hop. and by the mid 90s it was a mix of everything really - take Eddie ‘Flashin’ Fowlkes’ “Black Technosoul” for instance.

Techno is from Kraftwerk. House is from Larry Levan. That’s how I always saw it in extremely simplistic terms.

True true, it is an extremely simplistic view like i said, but yeah I should at least include Frankie Knuckles in there. I guess I just see it like, Kraftwerk were the first group of musicians that really created melodic and pop influenced electronic music. And of course there was also Jean-Jacques Perrey (Perrey and Kingsley) but Kraftwerk had a more clear influence on the Detroit guys, IMO. But yeah there were other influencers of course.

Do kraftwork even sound like techno? Or are they just called that because they were early and popular enough to ride the term in pop culture?

I don’t think they were ever called “techno” because that word didn’t exist yet. It’s just that Juan Atkins and Richard Davis claim them and others like Yellow Magic Orchestra as influences.