Just have to ask from you, have any of you started over-clocking your PC processor for better performance inside a DAW? Does it help at all?

I mean seriously, for example i have somewhat of an big project going on right now whilst trying to make a remake and man is it starting to be hard on CPU, the lag is unbearable at some times (although it has been worse on some previous projects where there is even more stuff happening at the same time and lot’s of virtual instruments and heavy modulations), but still would not mind a little extra power to my rig obviously since it freaking lags and CPU peaks at 100%

I did upgrade my PC not so long ago which allowed me to start power producing more efficiently, as in i was able to buy Intel i7-4790k 4Ghz CPU and 24Gb worth of RAM and a SSD drive for my sound libraries (which also is already running low on space), and i have checked this link: https://www.image-line.com/support/FLHelp/html/app_opt.htm
multiple times so that i could get the settings right for best performance but even with ASIO4ALL at the max settings 2048smp (47ms) and the smart disable enabled and always trying to close unnecessary windows, it seems like there is lag happening even still. I once read from somewhere that if the plugins 32bit and 64bit .dll files that are in use are mixed it can also affect the performance but i need 64bit and all plugins don’t seem to even have 64bit version. And looked up the CPu Benchmark and this processor should be in “Very Strong” category with around 11 000 points or so, but don’t seem like it should be… and of course can’t afford a new CPU either

So i just have to start thinking over-clocking as i have not done it yet and the processor should be able to handle at least the clocking of 4,4Ghz (turbo mode) from the original 4Ghz, but the problem is i’m not quite sure how to do it safely nor do i know is it that wise with the small box fan cooler: 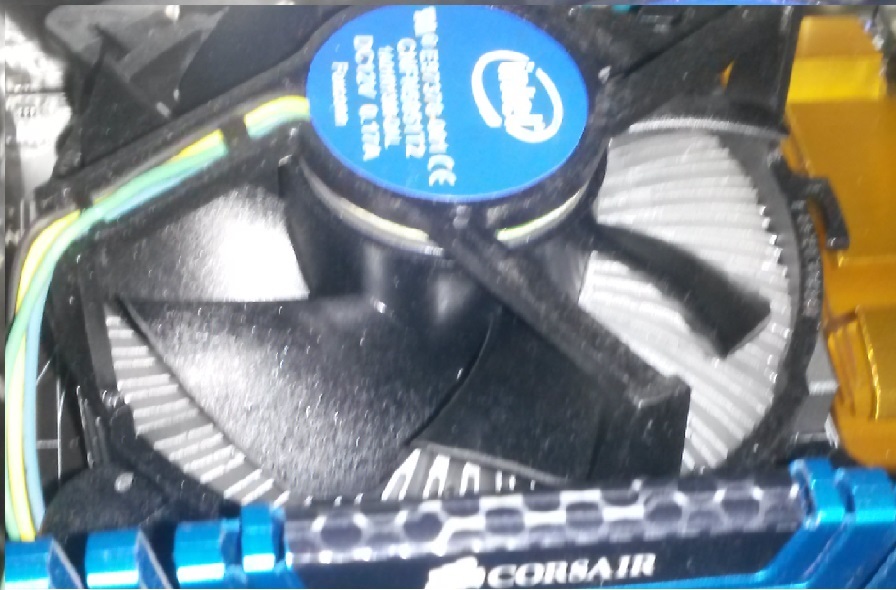 So anyone have any solid advice?

That cooler is barely adequate for stock clocks. Don’t overclock until you upgrade your cooling!!

true, i should not over-clock, just got to deal with minor glitches, it’ mostly presents itself on the start of something for example whe then drop starts, CPU takes a huge peak but then settles down and no more lag:

OP what is your audio interface?

The one that is regular on the motherboard, the integrated one with the regular driver, Realtek High Definition Audio version something, what does it matter?

OK so you’ve got a decent CPU, decent amount of RAM, etc, etc, but you’re using a crappy free ASIO driver. It sounds like the ASIO driver can’t handle what you’re trying to do - you could try bumping the buffer size up to 4096 (if it even goes up that high), but if i was you i’d invest in a decent audio interface which will come with its own, better ASIO driver which will take some of the load off your CPU.

Yeah should definitely consider an separate audio interface. Right now 2048 is the highest possible setting that i can currently use in ASIO4ALL (which was included in the Fl Studio installation). Have to check if there are any better ones on internet

you’ve got a k processor (the k in 4790k means it can be OC’d) so yeah you definitely should OC or it’d be pointless having the k cpu in the first place yo.

adequate cooling is a necessary step first. stock cooler barely does the job at high cpu loads.
first i’d find out what case you have and then fit the biggest case fan/s you can. if you can fit a 20cm fan, sick, bigger is quieter. also find out what motherboard you have. if you’ve got a shit motherboard then you might not even be able to OC.

there’s a few good options for cpu cooling. a good cpu fan is probably the most sensible but if you want to do some high OCing (your cpu could take it) then you could look at water cooling instead. water is more expensive and a bit more fiddly but it can be quieter and more effective, letting you push the OC higher til the fans get loud and/or your cpu gets hot.

if i was you i’d probably buy the most expensive Noctua cpu cooler you can afford, and then do a bit of googling on your motherboard and cpu combination about OCing. i went for an all in one corsair cpu watercooler which is good, but a good fan is just easier if you have a decently sized case.

OCing is rather easy in 2016 but do your research first and test thoroughly afterwards!

edit: and to answer the original question, yea OCing definitely can help when you’re making beats, i managed to tame 100% cpu usage projects after OCing my amd cpu

Yeah definitely should try to OC when i am able to fund a better cooling system somewhere in the future if not a new even better processor at some point, but now the box fan should do with regular clock.

Some noise from a fan would not bother me that much as i am producing with headphones on almost always, never even seen a water cooling system actually, only in pictures over internet but i have heard that some folks have even some sort of liquid nitrogen cooling which sounds pretty awesome.

Also separate audio interface could indeed help the CPU load and add some soft loudness and maybe even some sort of external EQ settings for my already quality headphones (Beyerdynamics Dt880).

Much equipment is needed, none can be obtained yet, should try to figure out a source for money…

I have a i7 2600K (older/slower that OP’s) and I haven’t needed to OC it or buy an expensive cooler in order to make music and I use a LOT of CPU intensive plugins in my DAW - Cubase Pro 8 w/ all-software/VST setup.

I worry that you’re barking up the wrong tree with OCing, just my 0.02 of currency. I’ve used ASIO4ALL before and the performance was crap in my setup - just like the description in the OP.

You need an audio interface. The dogfwrnce in sound quality from your monitoring will be big too.

Yep i agree that first i need an quality audio interface no matter if internal or external in a way as long as they would be compatible with my equipment and quality. Checking this link now https://support.image-line.com/knowledgebase/base.php?ans=62
And i would not mind having some sort of adjustable amp for my headphones either, guess there are some products that have both in the same but also separately as in for example buying internal sound card but then plugging external headphone booster on it, would not mind having some sort of home PC speakers either because now i have to route the sound through graphics card in HDMI cable to tv internal speakers which are shitty for music whilst listening out loud (not with headphones on). Sometimes using headphones like 6 or more hours non-stop is getting really irritating. Fucking life, there is no money anywhere to be found. Can’t buy anything

for the lowest latencies you should opt for a PCIe audio interface, and then you need a company who are good at writing the software driver for their PCIe interface - someone like RME is a good example of such a company.

even a USB interface would be a massive improvement over what you currently have, I personally don’t have experience of these, but this one gets good reviews:

Agree, how can i possibly get any money from anywhere so that i could upgrade everything? Like no one has even been interested about my productions so i can’t possibly get any money from that, and there are some shitty factory jobs most likely out there which would not be certain at all to get in even and worse: i would hate it with all my life and hate everything in this world with even greater depth if i were in such job again and still would not earn enough to buy quality equipment. Knees deep in shit… Like seriously do you have any websites at mind from which i could start earning money from home by doing some shitty online work to earn it? I have heard of such things but not sure about them because some of them might as well be a scam because internet is full of shit also caused by disgusting people, not just people who wan’t to help generally

i have one, the quality was a huge step up from my alesis one which was massiely better than the built in one

Like seriously do you have any websites at mind from which i could start earning money from home by doing some shitty online work to earn it?

I used to make carrot juice for work.