I’m going to be doing a trial for a DJing gig in a few nights. The venue, a tavern, wants party tunes: music in the charts and 80s/90s music.

Definately gabber… or grime prefferably anything by flirta d, tempa t, or the midlands/birminham massive.

yeah, especially because a lot of those were made in the 80s and 90s

I guess that’s why you do research first.

Threads could be merged.

So you’re basically going to be pressing “autocue” all night?

What I was doing was mixing across the ending of one with the start of another, not beat matched. So a lot of staring blankly at a screen in between.

Actually, the guy didn’t want anything super cheesy like Kesha.

They’re having me again on Saturday after the football grand finals for AU$100 for 3 hours.

They’ve also come up with the idea of an 80s/steak night on Thursdays.

Oh nice. You’re in Oz? At least you got the gig.

Yeah, I’m in Australia. Thanks.

Power went out 45 minutes in, so I had a beer and went home. 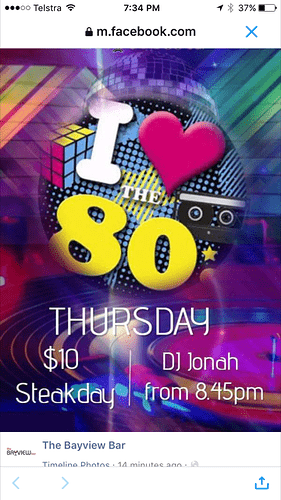 wrong, i did some comparative experiments and the ultimate banger is the ghostbusters theme song