The Pinch interview seemed to go pretty well, you lot came up with some great questions and I had fun catching up with the big man, hearing new music and generally chatting shit.

Let’s do it again! This time I belled up Tony aka Headhunter aka Addison Groove and Liam aka Joker and they both agreed it might be fun if we did a joint one. So let’s line up some questions!

Please state who the question is for (or both) and feel free to add as many questions as you want, can’t guarantee all of them will get asked (it took me farking ages to type up the last one), but I’ll get through as many as possible. These two are absolute legendary producers, having carved genres for themselves and become figureheads for those sounds. It also means they have been asked every interview question under the sun, so let’s make this interesting. The theme will be cars (will make sense when the interview is up).

Who would win in a fist fight between the two and choice of weapons if it was a duel.

For Addison Groove:
When Chris Jarman was your room mate, he said you wet the bed, sleep walk and stole all his medication for kidney stones. How do you respond to these allegations?

For Addison:
-what made you decide to switch from headhunter to Addison groove

For both:
-what do you do when losing inspiration/motivation while producing
-where’d your names come from

Im sure they were on beatport at the time, but that was the first time id heard any of them & i personally owe any 0h85 trax completely to his FACT mix tbh

Where did you get inspiration for your juke type tracks? Are you still experimenting with it? Do you stick to footwork or try to insert different aspects of other genres? Can you give examples of early inspiration?
What else is giving you a buzz in music nowadays? Which producers should I look out for?
Whom are some producers you rate that are lesser known to most?
I have an old headhunter mix ('06-'07) and just thank you for it, one of the best.

Longshot, do you remember the time in Belgium in the rain in Leuven(think Icicle, subreachers & Kahn were on the bill). If so do you happen to remember the last tracks played

edit; all for AG but
"What else is giving you a buzz in music nowadays? Which producers should I look out for?
Whom are some producers you rate that are lesser known to most?" you can ask Joker too
edit2; also thx whomever asked about grump in the Pinch one

Which of each others tracks do you think has had the biggest impact on yourself and the scene as a whole, and why?

(So Addison picks ones of Jokers tracks and vice-versa) 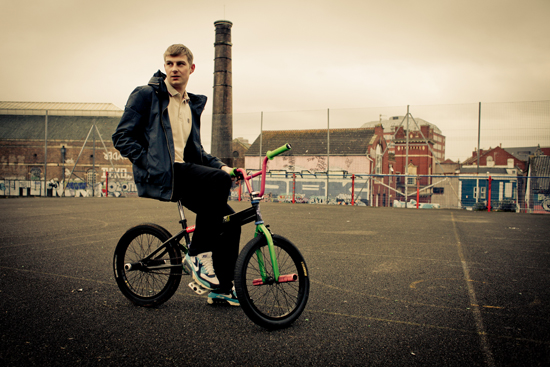 The Quietus | Features | Escape Velocity | Spontaneity Is The Key: Addison...

Bristol's Addison Groove has been instrumental in drawing Chicago juke and footwork within reach of UK dancefloors. With his debut album Transistor Rhythm just released, Harry Sword spoke to him about the lure of juke, and the importance of... 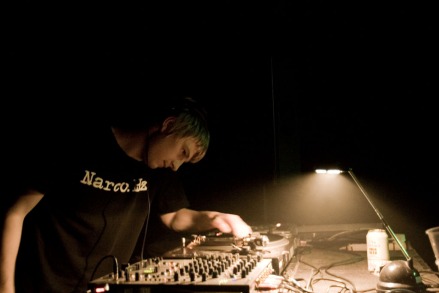 An Interview With Addison Groove

Stutter, stomp, shake, repeat. Chicago juke from Addison Groove tonight at The Shelter. Chit chat and some link action inside. Get on it.

Does AG think Footwork has been able to retain its momentum in the wake of Rashad’s passing? Is that a bit deep? I just know it was on a meteoric rise up until then but I don’t follow it too closely.

Which wrestler, past or present, would they most want to produce an entrance theme for? How would it sound?

Also fyi here’ a quite recent interview with Headhunter

Too Weird to Live, Too Rare to Die: An Interview with Headhunter

I found myself in the mix a short time ago slipping in a couple of Headhunter classics for good measure, when I realised how much I miss this producer’s presence within the dubstep underground. His…

Gonna think of some questions soons, big up Pete

Which of your own tracks are your own personal favourites and why?

2 is the only right awnser tho