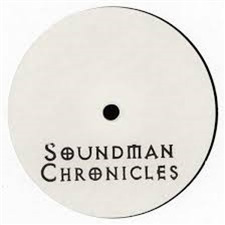 Clips for the next Soundman Chronicles release is up and it’s a 2x12" from Wen! All of the tunes are really good I think and are a bit different from Wen’s earlier stuff. What do you guys reckon?

Think my favourite is Lunar tide cycle, love that bassline!

Very Zomby. She Giv is hard, glad it sees a release. Big up all involved.

Looks like digital will be releasing a week after the vinyl release. Nice to see that.

I’m really liking this EP but the exchange rate for vinyl is putting me off right now.

Are they still doing digital? Looking to cop

Even though it’s a 6-tracker there’ll be 4 tracks on digital.

She Giv not available on the digi?!

She Giv and Gravity Flux not on there. Still need to cop it myself tho

Lunar Cycle Tide is a monster. And the blend in his recent hyponik mix - with Mickey Pearce x Denzel Curry - Lean Back - is sick, first thought I was listening to a Riz La Teef mix.

same with all copies.

For the purpose of this exercise, assume that you do not have infinite wealth:
You mass produce a record to sell and all the copies come out with the same small problem, would you scrap the pressings and repress or just go ahead with it?

Yeah the problems not that bad, i’d way rather this than scupper Soundman/wait another 6 months for it to come out

Shame as everything else is near-perfect though, honestly some of the best packaging/art i’ve seen for ages