@ronzlo_ Pointed out that the old sample pack competitions have become a vanishing part of forum culture. This is a travesty and we cannot permit that it should continue. Please, lets post ideas for themes, rules, and competitions so that we can resume the classical tradition of interactive music production.

absolutely loved the one last summer, really helped get me involved with production,
nice having a set of samples to work from and focus on

I’ve been thinking about this a little and I’m gonna start this post by listing the comps I remember us having had in the past:
Applied Minimalism - A pack with a single sample from which an entire track must be made.
Sample Pack - Random sample pack from which a track must be made
Potluck - user submitted samples constitute a single pack from which a track must be made
48 Hour - any sounds may be used, but tracks must be composed within the allotted 48 hour time period, no sooner, and no later
Music For Film/video - a short video clip is selected and entrants must compose a piece of music for it
Photo/artwork - a static piece of visual art is selected to inspire entrants to compose a relevant piece of music

I can’t remember any other frequent competitions (iirc, the last two definitely weren’t), but if anyone else does, please post.
What I’m thinking to do here is, instead of just running them all separately, we could have a calendar type of thing where we cycle through these over the course of a year, doing one competition per month. The idea is that over the course of a year, newbs can try their hand at a bunch of different methods of production, and the rest can pool together to prevent the historically poor turnouts.
Not sure if it would be best to have a small number of comps that repeat over the course of a year or to have a different comp each month. With the 6 above, we could have 2 of each per year though, which seems alright. But yeah, what do you lot/mods think? @Johnlenham, @Gatineau, @dubway
Should probably appoint competition reps if mods don’t want to have to manage it all themselves.

Hello DSF! I hit a small milestone on soundcloud, so in celebration of that, I made a free samplepack. Have fun! Preview: Download: http://www.mediafire.com/download/9v5wllg853ja2yk/Tekvision+samplepack+3+%5BFree+DL%5D.zip Check out my other 2 samplepacks (also free) samplepack 1 download http://www.mediafire.com/download/5dx90dr63t7w69z/Tekvision+Free+samplepack.zip samplepack 2 preview https://soundcloud.com/tekvisionmusic/tekvision-samplepack-2-free-dl-link-in-the-description s…

I’m saying Tekvision went and made us all a nice pack and all we have to do is cane it and share the results. 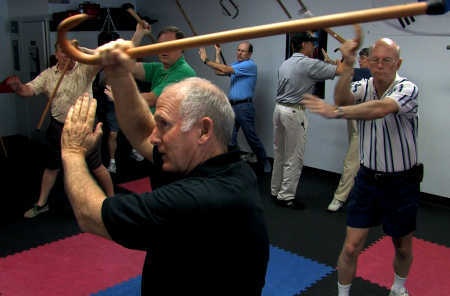 It’s a start, but not exactly a comp though lol. You started anything with it yet?
Should we do an all three packs thing or just a one pack thing?

I haven’t started a song in a couple months. Yeah.

Nothing ever kicked my ass into musical shape like the comps of yon olden dayes.

One pack at a time: less is more. Some of the best results came from the smallest packs IMO.

If at least two other hedz commit I’m all in. Nothing worse than being the one-legged man in an asskicking contest.

From what I remember, the tradition was the winner compiles the sample pack for the next comp

i´m in. havent produced in months though. this is a good kickstart

In the same boat. I think this’d be perfect to kick the writer’s block’s ass.

Came across this today on my lunch break at work. One of the cooler things I’ve seen online. http://www.audiotool.com/app

I don’t get it

The link is yet another thing that a contest could be based around.

We post up completely random samples - one per user per week or session or whatev - and then those samples all get aggregated into a pack to use for a competition?

What about having to use completely found sounds. You record your own samples (make a beat from hitting shit in your own house, outside, etc. A car ride can turn into a bass, birds tweeting can be a lead or something)

I’m into it. Hell, I find a lot of interesting samples with my iPhone here in downtown San Francisco.

I’m just tired of talking, want more doing. Also: am totally struggling with creative block and think this is one of the only things that’ll help.